No Money to Spend! 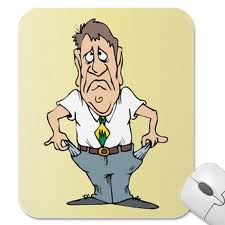 Do you know that feeling? Have you been in a similar situation before?
It was the lowest point in MY life when I realised that I had no more than £5 or $7.50 to my name. I felt angy with myself and everyone else... that anger was going to be turned into immediate action... get out of my way!!

Isn't it strange that we have to be in crisis before we can recognise that something needs to be done to protect our family and their future?


Simply because many people before you have been in this dreadful trap, you have a very easy way out of it. Rather like a magician who can astound you with a magical trick before showing you how to do it, you are just about to be shown that  there's no such thing as magic. However, there is such a thing as knowledge, skills and technique for those who are prepared to learn.

The Internet is your stage for this magical solution; it's a channel for the billions of dollars flowing between people all over the world for goods and services. You can position yourself between the customers and their product suppliers! Yes, it can be done relatively easily with the blessing of the supplier who wants you to help him sell more stuff.

So, you've found yourself a job...not a bad job either! You won't have a boss to report to; no booking in or out; the only pressurers will be the ones you place on yourself! Where do you want to work?

Hey, don't run off stage and start celebrating until you have learned how to master the trick, gather round and pay full attention to what I'm about to say:

First of all you need me or someone who's been where you are. Next you need to stick with me and share all the daily activities to make you your first dollar online. When you have learned how to get that first few dollars or pounds you will be shown how to repeat the process and to scale up yoiur earnings. Seriously, there is no reason at all why you should not be in a position to see tens of thousands of dollars flowing into your bank account wihin  a few months.

You Can Do It Too! 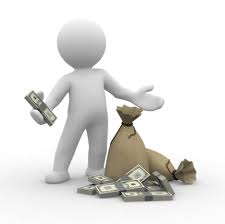 Nevertheless, it isn't all strawberries and ice-cream during the learning phase. Sometimes you'll think of giving it up and going back to your day job... thank goodness those thoughts only last a few milliseconds!

Every day you will count your blessings...  you have found something and someone to put you on track and to keep you there;  close your eyes and you will see your family skipping down that warm, sunny beach. You will be comforted in the knowledge that there is much more in the bank than before. Now you can buy that special meal to celebrate your success.

Get in touch with me and I'll help you 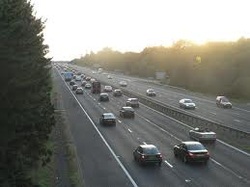 _
Your Fortune Formula Looking out of the window early on Monday morning, I gave a thought for those of you travelling up and down the motorways, rushing to get to and from work. Part of my concern was rooted in the dangers I had experienced doing the same thing every morning for years.

My thoughts were reminding me of the often futile efforts made to ensure I was not a minute later than expected by myself and, of course, my boss. Yet nobody could predict the behaviour of that toxic blend of damp or misty weather and those tired drivers when in charge of killer cars weighing close on half a ton and travelling between 50-80 mph.

The rat-race of getting to and from work is one thing, the mixed emotions of challenge,  unfairness, friendships (some out of adversity) and a strained work-life unbalance is another. Together, the ingredients of the mix make for an unlikely happiness for any sustained period of time. Most people want to find an alternative to the routine that controls, in an uncompromising way, their state of health and wealth plus that of their families too.

Understanding and 'feeling' the past is vital for planning the future and the need for change hits everyone at some time in their life. So a reminder of the good times as well as the bad can help you drive a balance for work and family life, for wealth and lifestyle improvement, for having fun and learning new things.

Some of us need praise, some need challenge and others are motivated by money alone. A healthy percentage of us crave fulfilment in the form of Flexible Hours, a Regular High Income, Social Interactivity, Family Time plus Good Health & Personal Safety. Nevertheless, we all recognise that every day brings the occasional struggle and inherant RISK associated with things worth fighting for (OS + RISK) So this is the formula...

This FORTUNE FORMULA (Fulfillment) evades most of us if only because it is rarely considered let alone properly planned by the management of organisations. You would think it is common sense to at least discuss the pros and cons of working from home. Sadly, it will probably end up as a fight, even battle or war before good people vote with their feet and take, as if by force, the path to a just and rewarding lifestyle.

So called 'Permanent' work given to you by a boss and a company is a thing of the past. It is rapidly being replaced by self employment, self determination, self fulfillment, self satisfying challenges and greater rewards. Not all are achieving this but, as time goes by and entrepreneurs take over, a new and exciting cycle of change is growing precisely where the boss used to sit in judgement over 'YOUR JOB'.

The overall message must be "Take Control Now, Don't Wait Until You Have To Pick Up The Pieces".  This is Your Opportunity:

"Imagine A Holiday Near The Sea; Something different, Something Special"
Relax and take it easy as you gradually wind-down from a busy and stressful week, month or year!
This will be your chance to think about your future without having to worry about how much you spend...
You'll have to get used to ignoring the price-tag; You have more than enough money to cover many holidays (this year)!! Don't worry, the money is still rolling into the bank  - check it out on the beach below!
Something 'Special' For You Here ...